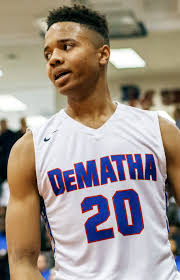 The new college basketball season is still taking shape. As a result, it’s difficult to draw many definitive conclusions based on what’s happened so far. After all, preseason No.1 Duke has already lost once; perennial power Michigan State has lost three times.

He has been impressive at every turn, helping the Huskies in various ways on different nights. He opened his college career with a 30-point outburst against Yale in a 98-90 loss.

Just to show that wasn’t a fluke, Fultz pumped in 35 more in a victory over Cal State Fullerton in the season’s second game. He hit 10 of 14 shots from the floor, went 3-for-5 from 3-point range and made 12 of his 16 free throws. He also handed out six assists. His performance was so well-rounded, so complete, that it prompted Washington coach Lorenzo Romar to remark, “It’s like he’s computer-generated or something.”

The third time out, Fultz scored just 16 points, but handed out eight assists in a 92-58 blowout of Northern Arizona. The gameplan that night called for Washington to exploit its size advantage inside, which meant fewer opportunities for Fultz. But he followed instructions to the letter, passing up the chance to hoist up shots and pad his scoring average. He did plenty of other things besides scoring to help the Huskies win that night, though. Aside from the eight assists, he grabbed seven rebounds, made three steals and blocked a pair of shots.

“He’s just out there playing, trying to make us the best we can be,” Romar told the Seattle Times. “He’s perfectly fine not getting 30 points.”

Fultz started slow against Long Beach State in his most recent game, but came on strong enough to finish with 21 points, six assists and five rebounds.

Romar’s take? “Markelle Fultz is not going to be Superman every night, but he’s probably going to be pretty good.”

Good enough to lead the high-scoring Huskies in scoring and assists so far. Thanks in large part to Fultz, Washington is averaging 95.5 points per game through the first four games, good for fifth in the country.

Romar is trying to rebuild after losing a pair of players off last year’s team who became first-round NBA picks (Marquese Chriss and Dejonte Murray). The way things are going, Fultz seems likely to join them – probably sooner rather than later.

He’s already being talked about as a lottery pick – not even a half-dozen games into his college career. draftexpress.com has him rated the No. 1 NBA prospect in all of college basketball.

It’s hard to argue with that, considering the numbers he’s posting.  He’s also hitting 62 percent from the floor and 47 percent from 3-point range.

Here’s a look at some of the other D.C.-area high school stars who are off to good starts for their college teams:

Maryland’s Melo Trimble (Upper Marlboro/O’Connell) is averaging 19.8 points for the unbeaten Terrapins through five games. He’s been one of the few dependable players on a squad that must replace four starters from last year’s Sweet 16 group.

“I know Melo’s my best player,” said Maryland coach Mark Turgeon. “But (beyond that) from day to day, I don’t know.”

Trimble has continued to come up big as Maryland tries to find an identity. His late-game heroics have helped the Terps pull out close victories over American, Georgetown and Towson already.

“He’s like the ultimate closer for a team,” marveled Towson coach Pet Skerry, another DeMatha graduate, after Trimble scored 27 points to rally Maryland from 13 points down in the second half against the Tigers. He also sank two key free throws with 36 seconds left to help ensure victory.

Josh Hart (Silver Spring/Sidwell Friends) is a major reason defending NCAA champion Villanova is currently ranked No. 2. Hart, a senior, leads the Wildcats in scoring (18.2) while adding 5.8 rebounds per game.

He was a key figure in Villanova’s biggest victory this season, scoring 24 points in the Wildcats’ 79-76 win at then-No. 15 Purdue.  A couple of nights later, he pumped in a career-high 30 points in Villanova’s rout of Wake Forest.